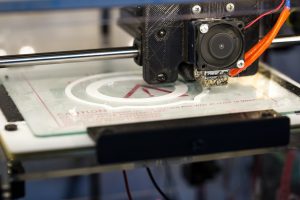 The idea of creating three-dimensional objects using small, base materials in a computer program is no longer science fiction. There are now devices that can carry out this very process. Known as 3D printers, they’ve been used to create a variety of items. One of the most innovative applications of 3D printers recently occurred when the U.S. Marines used it to create a full-sized barrack.

In August, the Additive Manufacturing Team at Marine Corps System Command (MCSC) used a 3D printer to create a concrete barrack. This wasn’t just a miniature, scaled-down version of a barrack, either. Spanning 500 square feet, it was the equivalent to the Marines’s current full-sized barrack standard.

The new barrack was created using computer-aided design (CAD) software. The design team created the blueprints for the barrack, after which they send the blueprints to a 3D printer. Using base materials, including concrete, the MCSC team were able to build a barrack.

Building a barrack is typically a painstakingly difficult and time-consuming task. According to the U.S. Marines website, though, it took the MCSC team just 40 hours to build the 3D-printed barrack, attesting to its real-world benefits.

When speaking about the 3D-printed barrack, Capt. Matthew Friedell explained by saying that it was the first project of its kind. “This exercise had never been done before,” said Capt. Matthew Friedell, AM project officer in MCSC’s Operations and Programs/G-3. “People have printed buildings and large structures, but they haven’t done it onsite and all at once. This is the first-in-the-world, onsite continuous concrete print. In 2016, the commandant said robots should be doing everything that is dull, dangerous and dirty, and a construction site on the battlefield is all of those things.”

Of course, 3D printers can be used for much more than just building barracks. The Marines and other branches of the U.S. military currently use 3D printers to make everything from the guns and equipment to building components and bridges. The technology is still relatively new, so adopting 3D printing will take a time. In the next few decades, though, you can expect to see more 3D printers being used in the military. 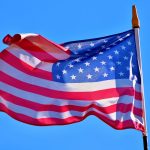 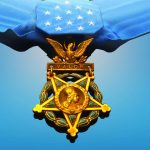