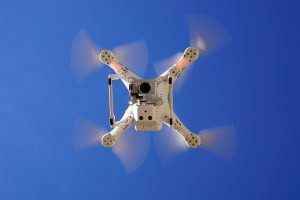 Unmanned aircraft, or what’s more commonly known as “drones,” have become a concern for military experts. As drone technology improves, the threat of an attack from such aircraft is rising. In an effort to prevent such attacks, DARPA has selected three firms to help develop its MFP system.

Earlier this month, DARPA awarded Dynetics, Inc., Saab Defense and Security USA, and SRC Inc. with Phase 1 agreements to develop its new MFP system. As explained by Jean-Charles Ledé, these three companies have “innovative ideas” on how to create a multi-functional system that will protect military personnel and assets from unmanned aircraft systems. Jean-Charles further states that each of these teams will now work to integrate their ideas into a working framework.

“The three teams we’ve assembled have innovative ideas for a versatile, layered defense system that could protect convoys on the move from multiple small unmanned aircraft systems in real time,” said DARPA’s Jean-Charles Ledé. “Each team will now work to integrate novel ideas for advanced sensors and neutralization approaches into a common framework emphasizing safety for civilian bystanders, ease of operation, and low size, weight, power, and cost.”

Additionally, DARPA is planning to work with the Army’s Maneuver Aviation and Fires Integration Application (MAFIA) framework for its MFP system. MAFIA will provide the system with a user interface, data algorithms and more, all of which are essential to the success of the project.

DARPA envisions its MFP system to be “plug-and-play” compatible, meaning it should support interchangeable sensors and other technologies. If a military base or installation wants to upgrade its MFP system, it should be able to easily do so thanks to the plug-and-play feature.

The ultimate goal of DARPA’s MFP program is to counter the threat of unmanned aircraft systems in real time using a wide range of technologies. This includes but is not limited to rapid detection, tracking, identification and neutralization. However, DARPA wants to ensure that any proposed MFP programs mitigate the possibility of collateral damage.

There’s still no word on when the MFP program will be complete, though it’s safe to say that it will likely occur sometime in the next few years.

You can read about about DARPA’s MFP program by visiting the Agency’s official website here. 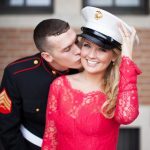 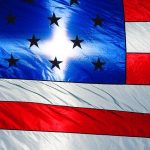 Standing for the Pledge of Allegiance: What You Should Know