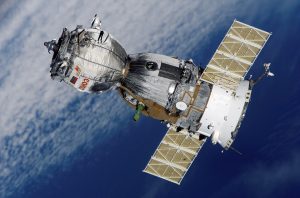 It may sound like something out of a science-fiction movie, but the Defense Advanced Research Project Agency (DARPA) has proposed plans to build a floating space station to fend off against space-bound threats.

Of course, this isn’t an easy task, nor does it come without risk. So in its proposal, DARPA first recommends researching and developing the technology needed for humans to survive in deep space. There’s been a growing concern regarding the long-term effects of deep-space habitation. Astronauts who spend months in space often return to Earth with a lower bone mass, vision problems, irregular heart beats and a higher risk for skin cancer. These effects are believed to be attributed to the zero-gravity environment as well as the increased exposure to solar radiation. DARPA wants to tackle these problems first, and then it can proceed to develop a functional space base.

But some people may ask the question: why. Why is DARPA interested in developing a space base in the first place? It’s not like there’s a significant threat to the U.S. coming from Mars or other planets, right? Well, it’s true that there’s no immediate threat originating from space. However, many countries are currently developing — or have expressed interest in developing — space weapons. DARPA is hoping that its newly proposed space base will protect the U.S. and its allies from such threats.

“Space is increasingly important as a domain of strategic interest; however, nations and geo-political entities are developing the ability to exploit potential vulnerabilities and threaten U.S. freedom of action in space,” wrote DARPA in its proposal.

DARPA has outlined its proposal for a space base in a 40-page document. The initial funding request for DARPA’s proposed space base is $16 million.

According to the 40-page document, space threats became a concern among US officials during 2007, a time when China destroyed a satellite with a space weapon. Just one year later, a Chinese satellite flew past the International Space Station dangerously close at just 28 miles. Even Russia is busy working on its own satellite-destroying weapons. Instances such as this have sparked fears that the world’s leading countries will pursue space weapons for nefarious purposes. DARPA’s proposal involves building a space base to identify, track and if necessary, destroy potential space threats.

You can access DARPA’s proposed space base by visiting this link.

What do you think of the DARPA’s proposed space base? 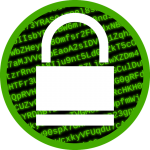 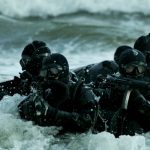