Held on the last Monday in the month of May, Memorial Day is a federal holiday that’s intended to honor and remember our nation’s military veterans who died while serving in the Armed Forces. Previously known as Decoration Day, it’s observed throughout the country. And because it’s a federal holiday, government employees are given the day off. Whether you’re planning to celebrate Memorial Day by barbecuing in your backyard or visiting a local veteran gravesite, you should consider flying the American flag at half-staff on this federal holiday.

The term “half-staff” refers to a semi-lowered position in which a flag is displayed on a flagpole. Traditionally, it’s performed as a symbol of respect and mourning. In dozens of countries throughout the world including the United States, flags are flown at half-staff for this purpose.

To fly the American flag at half-mast, you must first raise it to the top of the flagpole, after which you can lower it about halfway down the flagpole. Also known as “half-mast,” it’s a universal symbol for respect and morning.

On Memorial Day, the American flag should only be flown at half-staff from sunrise until noon, after which it should be raised back to the top of the flagpole. According to the VA, this is intended to honor our nation’s fallen heroes. Hundreds of thousands of military service members have died while serving in the Armed Forces. By flying the American flag at half-staff until noon on Memorial Day, you honor their legacies while projecting your patriotism in the process. 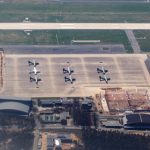 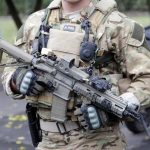