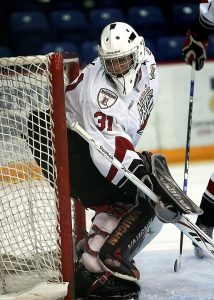 Earlier this month, the National Hockey League (NHL) unveiled the name for its new expansion franchise, the Vegas Golden Knights. While most people responded positively to the news, there was one organization that did not welcome the name: the U.S. Army. So, why is the Army upset with the new NHL’s expansion franchise?

The NHL unveiled the name of the Las Vegas franchise team on November 22 at the T-Mobile Area in Las Vegas, where the team is expected to play starting 2017.  The team’s name was originally meant to be the Black Knights, in honor of Foley’s alma matter. After resistance from West Point, however, the NHL decided to change the name from the Black Knights to the Vegas Golden Knights. But even this name has come under fire, with the Army saying it’s too close to the Army Parachute Team of the same name.

Of course, the NHL has already taken steps to secure the name of its name expansion franchise. Reports indicate that the League obtained trademark licenses for the Golden Knights, the Silver Knights, and the Desert Knights.  The modifier “Golden” was chosen in reference to the Nevada’s long history of gold mining and prospecting.

When speaking about the issue, however, the NHL confirmed that it did not check with the Army prior to naming its new expansion franchise because it had already copyrighted and trademarked the terms. Thus, its lawyers didn’t feel it was necessary.

The Army said it is reviewing the situation to determine the best course of action. It’s unclear what will happen at this time, but it’s worth mentioning that this isn’t the first time name dependencies such as this occurred.

“We’re reviewing the situation and figuring out what the way ahead would be,” said Army spokeswoman Alison Bettencourt. “We understand that one of the Las Vegas team owners (Bill Foley) has Army connections, and will likely understand our interest in this announcement is meant to protect the proud history of the Army’s Golden Knights and their vital role in telling the Army story and connecting America with their Army.“ 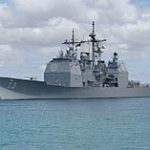 US Navy: Enlisted Sailor vs Officer 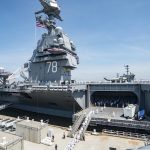