Veterans Day is the day Americans give thanks, honor and respect for the men and women who have served the country’s armed forces. Veterans Day is the big salute for military veterans who displayed courage, endurance, and sacrifice for their country.

Veterans Day used to be known as Armistice Day, a day that commemorates the truce that was signed by the Allies and Germany on November 11, 1918 putting a stop to World War 1, also viewed as the end  of “the war to end all wars.” This historical event took place exactly on the 11th hour, of the 11th day of the 11th month of 1918.

Seven months after this date, World War 1 or The Great War ended officially during the Treaty of Versailles on June 28, 1919.

The first celebration of Armistice Day happened on November 11, 1919. It was observed by having a suspension of businesses, marching parades and public gatherings at exactly 11:00 AM.

To us in America, the reflections of Armistice Day will be filled with solemn pride in the heroism of those who died in the country’s service…

On June 1, 1954, a legislation was passed, Act of 1938, removing the Word Armistice and replacing it with the word Veterans to become the day to pay respects to all American war veterans.

Under this new law Veterans Day was observed on the month of October, but on September 20th, 1975 Public Law 94-97 was signed by President Gerald R. Ford returning Veterans Day to its original date starting in 1978 where it continues to be celebrated on November 11 up to this day.

What this day means to us…

Although the dates have changed a few times and caused some confusion in the past due to the switching of dates, the purpose of why it’s being celebrated remains the same and that is, “… to honor America’s veterans for their patriotism, love of country and willingness to serve and sacrifice for the common good.” – Office of Public and Intergovernmental Affairs

How Veterans Day is Celebrated

It is not only in America where November 11 is celebrated. Canada commemorates this day as Remembrance Day, Britain celebrates this every second Sunday of November, other Commonwealth nations stop for two minutes of silence at exactly 11:00 AM.

In the U.S., there are parades and celebrations nationwide. A wreath-laying ceremony and color guard ceremony, with all the colors of the military represented,  are performed at the Tomb of the Unknowns in the Arlington National Cemetery.

Families celebrate this day by joining in the festivities and watching parades, while some families take this chance to visit veteran family members who have passed away. 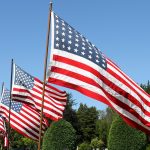 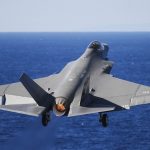