Click the arrows to the sides of the Timeline to move forward and back.

Where did the American Flag come from?

The United States Flag is the third oldest of the National Standards of the world, even older than Britain’s Union Jack or France’s Tricolor. The flag was first authorized by Congress on June 14, 1777, the reason we now celebrate Flag Day on June 14th each year throughout America.

When was the American Flag first flown?

The American flag was first flown from Fort Stanwix, on the site of the present city of Rome, New York, on August 3, 1777. Three days later it was under fire in the Battle of Oriskany.

Who designed the American Flag?

Many citizens have wondered who really designed the first American flag. Truthfully, no one knows without a doubt the designer of the first American flag. But with almost certainty, the designer of the first Stars and Stripes, designed in 1777, was Francis Hopkinson. Hopkinson was a popular patriot, lawyer, poet, artist, signer of the Declaration of Independence, Congressman from New Jersey and distinguished civil servant. He was appointed to the Continental Navy Board on November 6, 1776, and while he was serving on this Board, it is believed he turned his attention to designing the flag of the United States. Hopkinson was the only person to have claimed he designed the flag during his own lifetime, when he sent a letter and several bills to Congress for his work. These claims are documented in the Journals of the Continental Congress and George Hasting’s biography of Hopkinson. Hopkinson first wrote a letter to Congress, by means of the Continental Board of Admiralty on May 25, 1780 asking for a “Quarter Cask of the Public Wine” as payment for designing the U.S. flag, and for other tasks he completed. 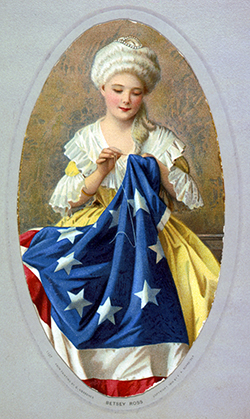 The Stars and Stripes was created as a result of a resolution adopted by the Marine Committee of the Second Continental Congress at Philadelphia on June 14, 1777. The resolution read, “Resolved, the flag of the United States be thirteen stripes, alternate red and white; the union be thirteen stars, white in a blue field representing a new constellation”. This resolution gave no instructions on how many points the stars should have nor how the stars should be placed on the union.

During the Revolutionary War, several patriots made flags for our new Nation. Some of them were, Cornelia Bridges, Elizabeth (Betsy) Ross and Rebecca Young, all of Pennsylvania, and John Shaw of Annapolis, Maryland. Although Betsy Ross is the best known and has been credited with making the Stars and Stripes, there is no evidence that exists that proves she made the flag. It is known however, that she did make flags for the Pennsylvania State Navy in 1777. The flag popularly known as the “Betsy Ross flag”, which arranged the 13 stars in a circle, did not appear until the early 1790’s.

How has the American Flag and its meaning changed from beginning to now?

The first flag of the colonists that had any resemblance to our present flag was the Grand Union Flag. It consisted of 13 stripes, alternating red and white, which represents the thirteen colonies. The upper left-hand corner was a blue field displaying the red cross of St. George of England and the white cross of St. Andrew of Scotland. Since it was a flag of revolution it was flown on many occasions. 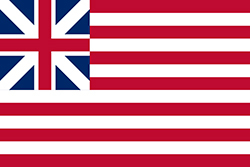 Three of these many occasions were, by the ships of the Colonial Fleet on the Delaware River, then on December 3, 1775, it was used by Captain Esek Hopkin’s flagship, Alfred, and by John Paul Jones, who was a Navy Lieutenant at the time. Later the flag was raised on the liberty pole at Prospect Hill, which was near George Washington’s headquarters in Cambridge, Massachusetts. It was our unofficial national flag on July 4, 1776, Independence Day; and it remained the Unofficial national flag and ensign of the Navy until June 14, 1777, when the Continental Congress authorized the Stars and Stripes.

After Kentucky and Vermont were added to the Union a resolution was adopted in January of 1794 that expanded the flag to 15 stars and 15 stripes to match the number of states. This 15 stars and stripes flag was the official flag of our country from 1795 to 1818 and was displayed in many historic events. This is the flag that inspired Francis Scott Key to write “The Star Spangled Banner”. Realizing it would not be suitable to be adding a stripe for each new State, Captain Samuel Reid, USN, suggested to Congress that the stripes remain 13 in number to represent the 13 original colonies and that a star be added to the blue field for each new state added to the Union. On April 4, 1818, President Monroe accepted a bill that required the flag have a union of 20 stars (20 states by that time), white on a blue field, and upon admission of each new state to the Union, one star would be added to the flag on the fourth of July following it’s date of admission. The 13 alternating red and white stripes would remain unchanged. This act assured that the growth of the Nation would be properly symbolized.

Eventually the growth of the country resulted in a flag with 48 stars with the admission of Arizona and New Mexico in 1912. Alaska added a 49th star in 1959 and lastly Hawaii added the 50th star in 1960. With the 50 star flag came a new design and arrangement of the stars in the union, a requirement met by President Eisenhower in Executive Order No. 10834, issued August 21, 1959. To conform with this, a national banner with 50 stars became the official flag of the United States. The current flag was raised for the first time at 12:01AM on July 4, 1960, at the Fort McHenry National Monument in Baltimore, Maryland.

What do the American Flag’s stars, stripes and colors represent?

The American Flag has always stood for liberty, justice, and humanity. The 50 stars represent the current 50 states and the 13 stripes represent the original 13 Colonies. The stars symbolize the heavens and the divine goal to which man has aspired from time forever, and the stripes are symbolic of the rays of light emanating from the sun. The color blue on our flag represents justice, freedom, vigilance and perseverance. The color red stands for hardiness and valor and white symbolizes purity and innocence. 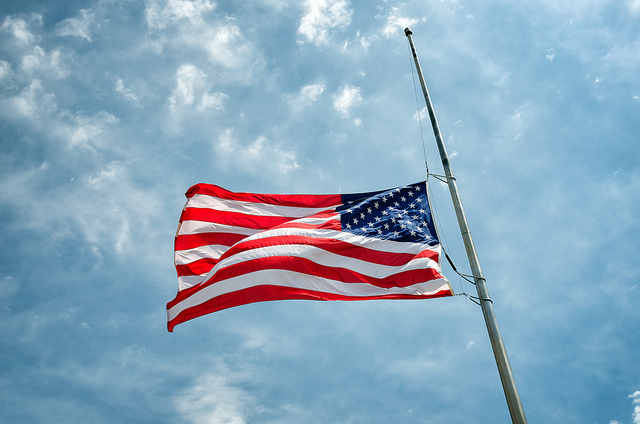 We celebrate our beautiful flag from its birth until the present! Over two hundred million people owe it their allegiance. We honor the men and women who have gone before us and the records they wrote upon it. We remember with sincere thankfulness those that gave the ultimate sacrifice to give us the freedoms we enjoy today. May we all uphold the values that our flag represents with honor and loyalty!

“Let us raise a standard to which the wise and honest can repair, the rest is in the hands of God.”

Show Me The Flag 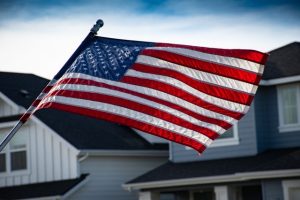 Heads Up: Navy Day Is a Flag Holiday

Do you own an American flag? If so, you should display on Navy Day. Held annually on October  27, Navy Day is an official flag holiday. The...Read More 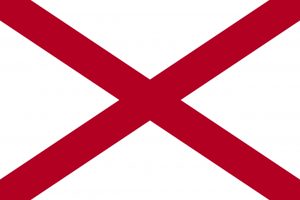 Have you encountered the official Alabama state flag? Like all states, Alabama has its own flag. It features a simple design consisting of a...Read More 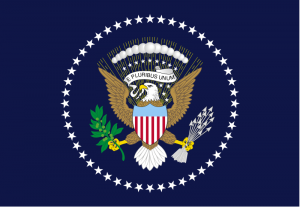