When was the Massachusetts state flag adopted?

How are you supposed to fly the Massachusetts flag with your American flag?

What is the design on the Massachusetts state flag and what does it represent?

The design on the state flag of Massachusetts is the Massachusetts coat of arms on a field of white. The state coat of arms is centered on the flag. The blue shield portrays an Algonquian Native American dressed in a shirt, leggings and moccasins, with a gold bow in one hand and a gold arrow pointed downward in the other. In the upper right hand corner of shield is a silver five-pointed star. Above the shield is a right arm bent at the elbow grasping a gold sword. The motto of the Commonwealth of Massachusetts is printed in gold on a blue ribbon partially surrounding the shield, which reads; “ENSE PETIT PLACIDAM SUB LIBERTATE QUIETEM”, meaning “By the sword we seek peace, but peace only under liberty”. The motto is supported by the bent right arm. The arm itself represents those who would rather lose their right arm than live under tyranny. The sword’s blade is pointed up reminding all that through the American Revolution liberty was won. The shield of blue represents the Blue Hills of Canton and Milton, Massachusetts. The Indian on the shield, Massachuset, carrying the arrow with the point down, symbolizes peace or a friendly demeanor. The bow in the Indian’s other hand represents the readiness to defend liberty, by force if necessary. The silver star is actually white on the flag and stands for Massachusetts as one of the thirteen original colonies of the United States.

Where can you buy a Massachusetts flag?

Star Spangled Flag sells a beautiful Massachusetts flag that is 100% made by materials made in the USA! They use a tough material and add UV protection which adds to the longevity of the flag. They also use superior stitching that helps to prevent fraying and unraveling. A big plus is that they provide free shipping! 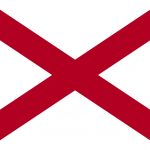 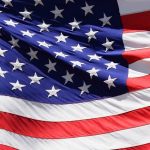 6 Things to Consider When Buying an American Flag