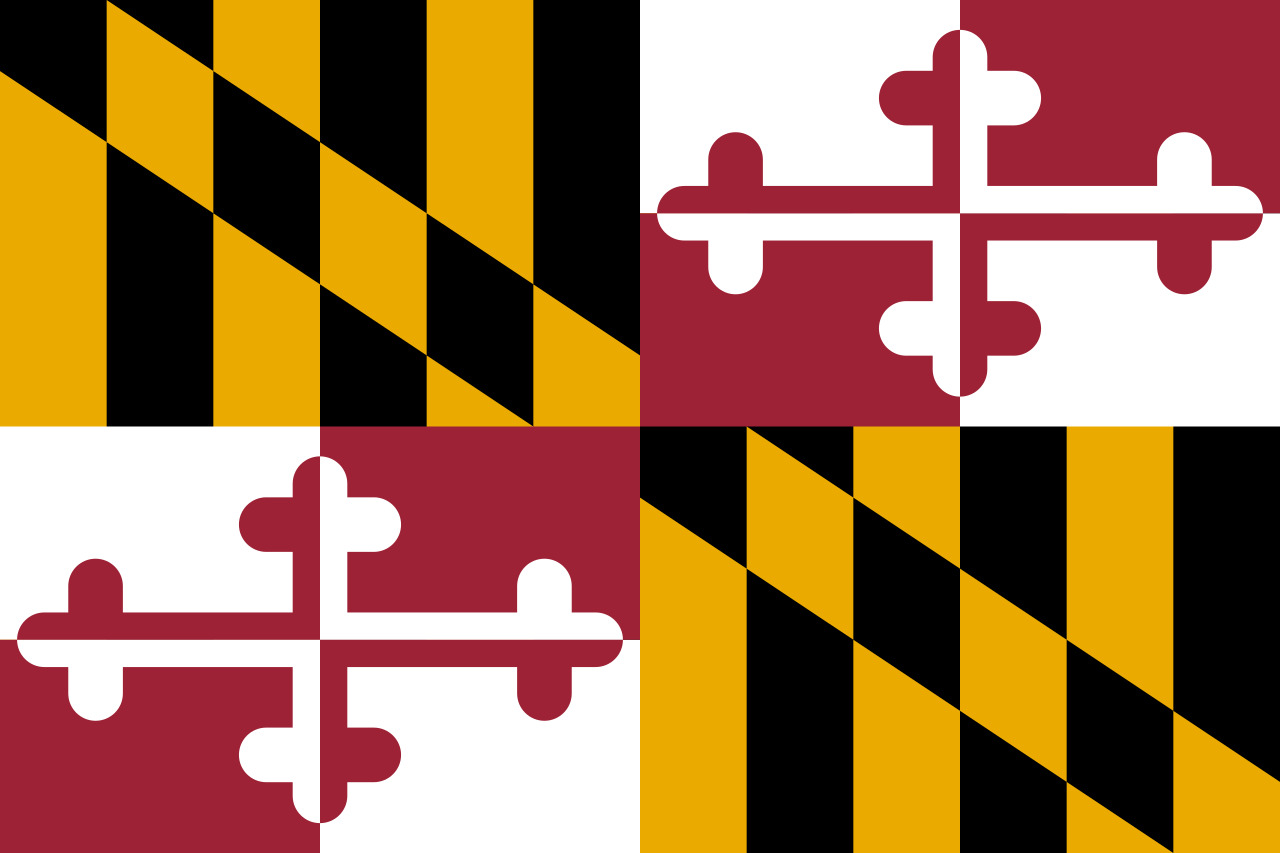 Of all 50 states, Maryland has one of the most unique and recognize flags. It features the heraldic banner of arms of Cecil Calvert. Maryland is the only state, in fact, with English heraldry in its flag. As a result, you can easily spot the flag of Maryland.

Origins of the Flag of Maryland

The origins of the modern-day flag of Maryland can be traced back to the late 19th century. It was originally displayed during a Baltimore parade in 1880. The parade marked the 150th anniversary of the city’s founding. Several years later, it was displayed at the Gettysburg Battlefield. Several ceremonies were held at the Gettysburg Battlefield. Records show that the flag of Maryland was displayed at these ceremonies.

While the flag of Maryland was displayed as early as 1880, it wasn’t officially adopted until the turn of the 20th century. In 1904, Maryland lawmakers passed legislation adopting the flag.

As previously mentioned, the flag of Maryland features the heraldic banner of arms of Cecil Calvert. Known as the 2nd Barron of Baltimore, Calvert was an English nobleman. He’s most known for being the first proprietor of Maryland.

Facts About the Flag of Maryland

The flag of Maryland is the only official state flag in the United States to feature English heraldry. There are plenty of other unique flags, but only Maryland’s flag has English heraldry.

In terms of popularity, the flag of Maryland is near the top of the list. A North American Vexillological Association survey found that was it the fourth-most popular flag in North America. The survey included both U.S. flags and Canadian flag.