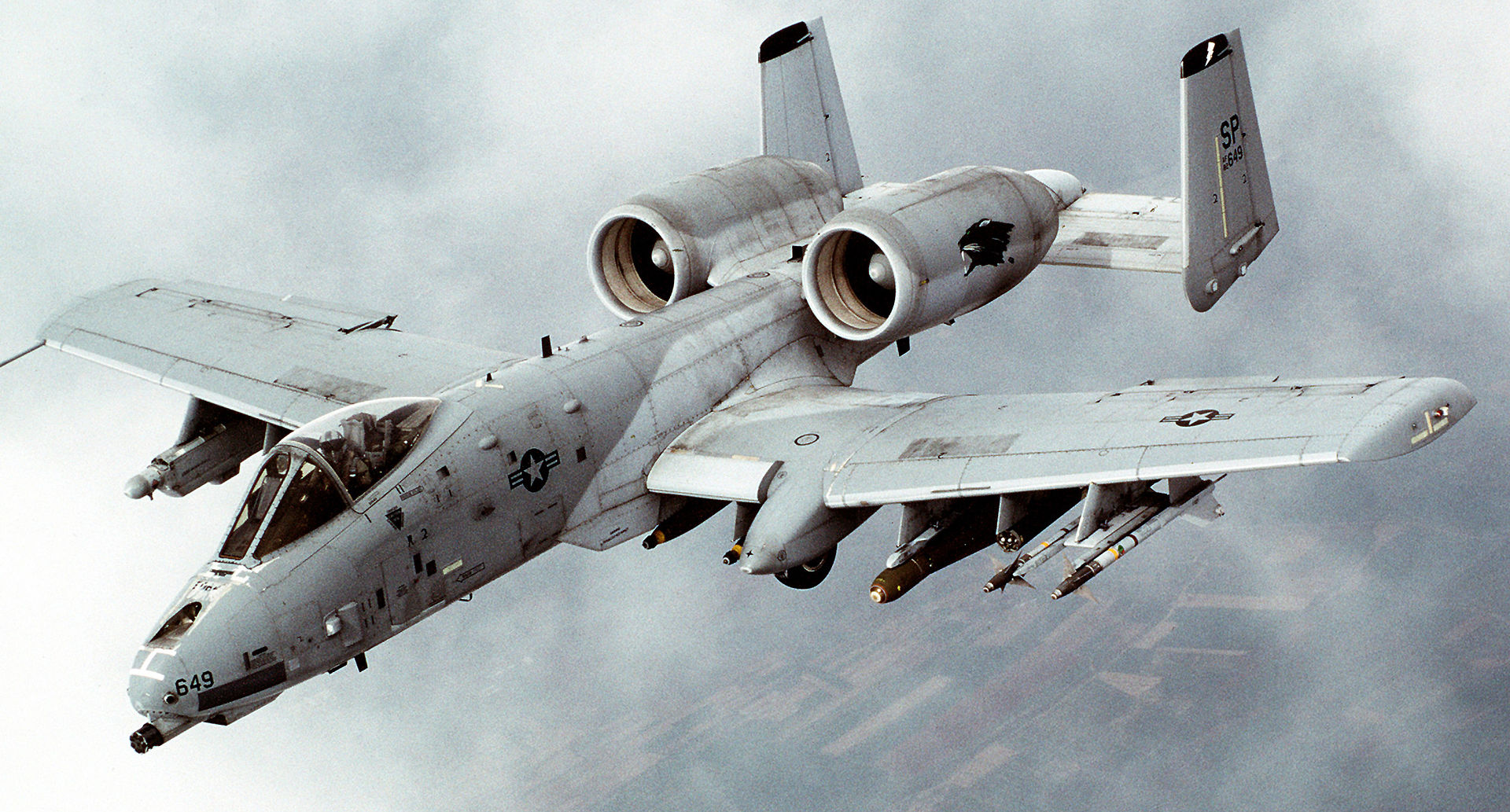 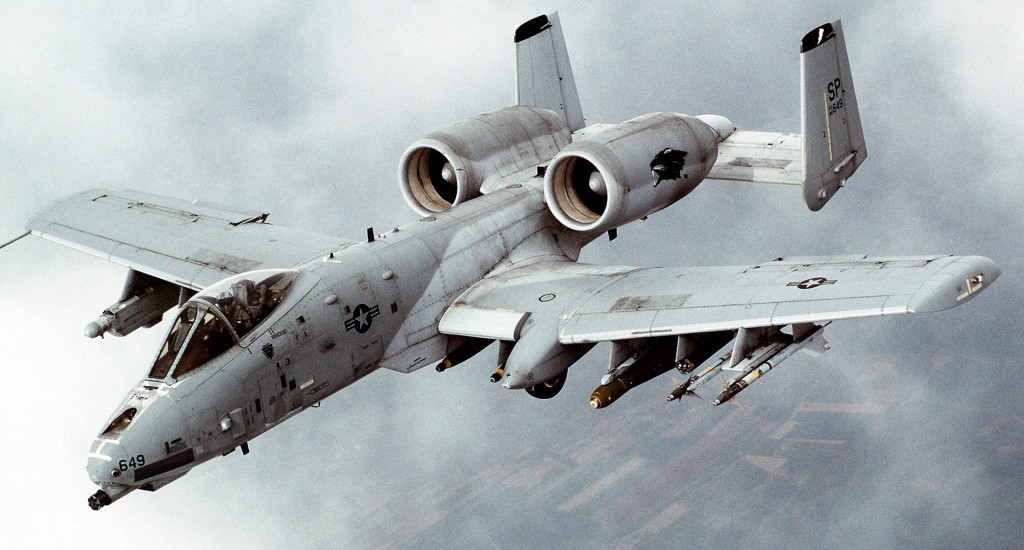 The A-10 Thunderbolt was given the nickname “warthog” in reference to its aggressive appearance. Air Force pilots would often paint the nose with teeth so it further resembled a warthog, creating a menacing appearance to scare away foes. Since then, the name warthog stuck, and now it’s used widely among military personnel and civilians when referring to A-10 Thunderbolt.

The Vietnam war resulted in many U.S. aircraft being shot down from small fires and surface-to-air missiles. This prompted the Air Force to develop a stronger, beefier support aircraft that could withstand such attacks. According to Wikipedia, the A-10 Thunderbolt is capable of surviving direct hits from high-explosive projectiles (up to 23 mm), as well as armor-piercing rounds.

It Has a 30 mm Gatling Cannon

To say the A-10 Thunderbolt is powerful would be an understatement. Although capable of being equipped with a variety of weapons, it’s primary weapon is the massive 30 mm GAU-8/A Avenger Gatling gun. This behemoth fires armor-piercing bullets made of depleted uranium. The first generation of A-10 Thunderbolts allowed the pilot to switch between 2,100 or 4,200 rounds per minute, although this was upgraded later to a fixed rate of 3,900 rounds per minute, which translates into about 65-70 rounds per second. Oh, and the GAU-8/A Avenger Gatling gun is quite accurate, with 80% of its shots landing within a 40-foot radius.

Some people assume the A-10 Thunderbolt is a new aircraft, but this isn’t necessarily true. After two prototypes were manufactured in New York back in 1972, the A-10 Thunderbolt saw its first flight time. Of course, the initial models weren’t perfect by any means, and the Air Force was forced to modify them so they would be better equipped for combat, but all of the kinks were eventually ironed out.

A-10 Thunderbolt in the Gulf War