As you may already know, each of the 50 U.S. states has an official flag. They are often displayed in front of state-run buildings and municipalities. In some cases, state flags are displayed in conjunction with an American flag to create a more patriotic effect. Even if you’re familiar with your state’s official flag, though, you might be surprised to learn the following facts about them.

#1) Most US State Flags Feature Their State’s Official Seal

Although there are exceptions, most U.S. state flags feature a similar design consisting of their state’s official seal against a blue or other monochrome background. Connecticut and Delaware, for instance, use a simple design for their respective flags. Both state flags feature their respective seal in the center with a blue background surrounding it. Many other states use a similar design for their official flag, though the placement or size of the seal may vary.

#2) Utah Has the Newest Flag

U.S. state flags are often updated, the most recent of which occurred in 2011 with Utah’s flag. On Feb. 16, 2011, lawmakers in Utah passed a resolution to adopt a new flag design. In the previous version, the “1847” was moved to an area below the shield. To correct this error, Utah adopted a new flag design in 2011 that featured the “1847” directly on the shield.

Contrary to popular belief, not all U.S. state flags are rectangular. Ohio’s flag, for example, features a swallowtail shape. It essentially has a triangle cut out of the right side, resulting in a unique appearance as it flies gracefully in the wind. Ohio’s state flag is unique because, unlike all other U.S. state flags, it features a swallowtail shape rather than a traditional rectangular shape.

Of all 50 U.S. state flags, New Mexico may have the best state flag. In 2002, the North American Vexillological Association conducted a survey in which it asked respondents which state has the best flag. After crunching the responses, researchers found that New Mexico’s state flag was the most popular.

On the other hand, Georgia’s flag ranked as the worst among respondents in the North American Vexillological Association’s survey. It’s important to note, however, that Georgia updated its flag’s design just a few years after this survey was taken, meaning it probably no longer holds this unwanted accolade. 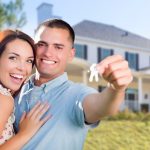