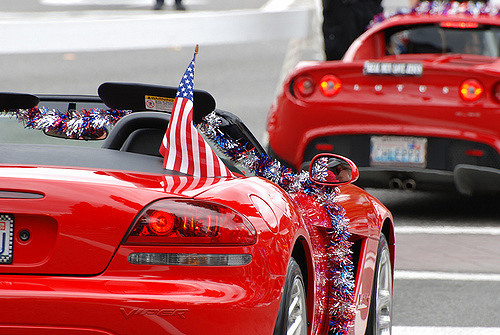 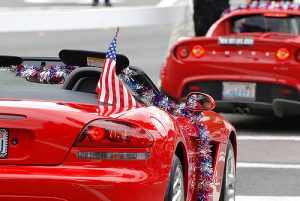 YES, You can Display the American Flag on Your Car

The United States Flag Code does not prohibit the display of the American flag on a car, truck or any other vehicle. Granted, the Flag Code has other guidelines and restrictions, such as the flag should never touch the ground, and that it should be properly disposed of, but it does not prohibit patriotic Americans from flying the flag on their car.

With that said, there are a few stipulations that you should follow when flying the American flag on your car. First and foremost, it’s important to note that the American flag should be placed in a manner so that the canton is facing towards the front of the vehicle. Doing so will allow the flag to stream backwards from its hoist as you drive, allowing the decals on the right sides of the vehicles to look reversed. This is perfectly normal, however, and is even recommended.

It’s also worth noting that you should fully secure the American flag to your car or vehicle if you intend to drive with it. Driving around with a loose flag could result in it falling off, which of course is poor etiquette as per the United States Flag Code. This may lead to some headaches for drivers, however, as the majority of vehicles today are not manufactured with flag holders. But you can still install a flag holder on your car for this purpose.

The bottom line is that you can display the American flag on your car, so long as it’s secure and the canton is facing forward. And when you are finished displaying it, carefully take it down and either hang it elsewhere, or neatly fold it for storage. If you are finished with the flag and have no desire to keep it, consider donating it to your local Legion Post. 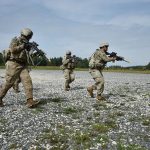 What is a Tour of Duty in the US Army? 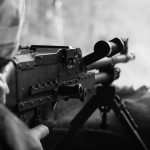