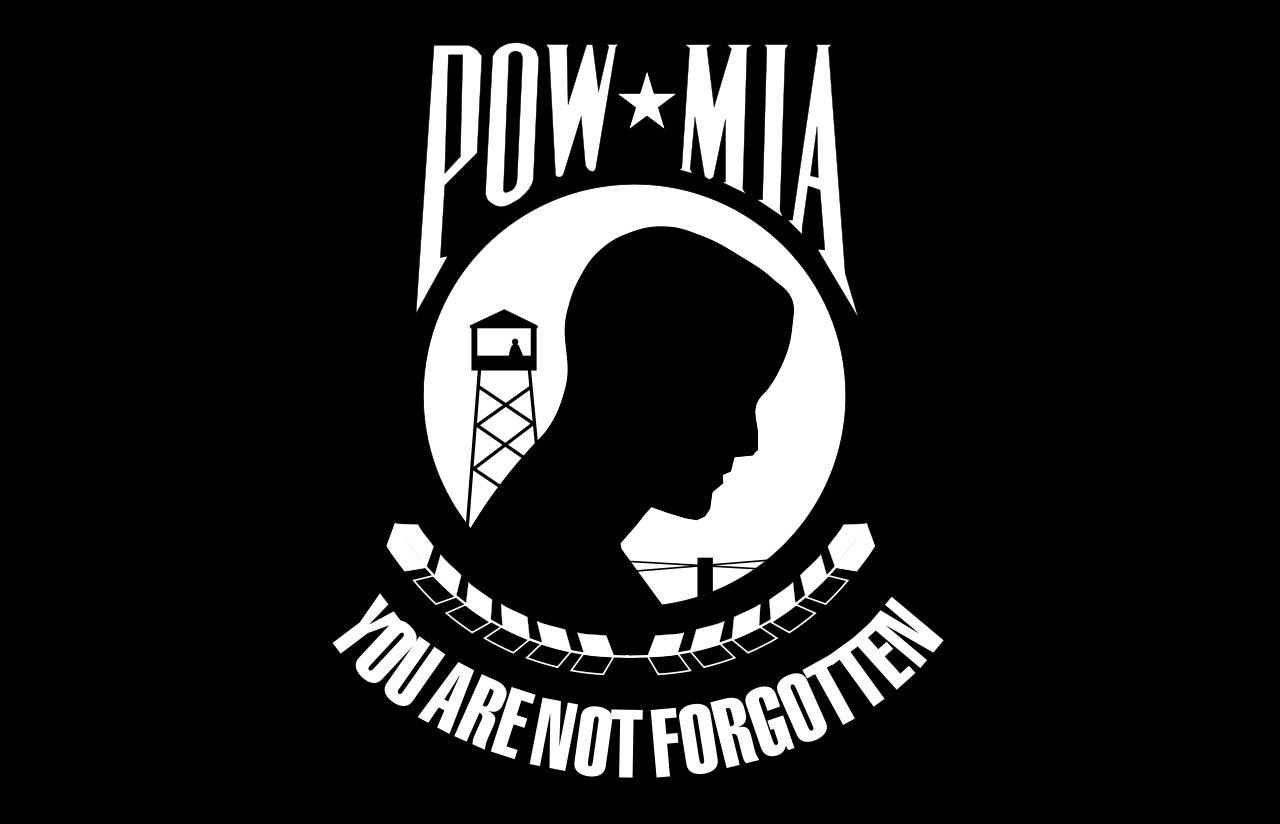 The POW/MIA flag symbolizes our nation’s dedication and determination to rescue Americans who are behind held as prisoners of war or missing in action. It was adopted in January 1972. As shown in the adjacent photo, the POW/MIA flag depicts the emblem of the National League of Families of American Prisons and Missing in Southeast Asia. It features the silhouette of a prisoner of war standing in front of a guard tower with barbed wire. At the bottom is the phrase “You Are Not Forgotten.”

Place Below the American Flag

Display at Equal Heights to Other Official Flags

CLICK HERE: To See the Best Made In USA POW/MIA Flags →