What is the pledge to the flag of North Carolina?

When was the North Carolina flag adopted and who is the designer?

The first state flag of North Carolina was adopted in 1861 and designed by William Browne, an artist from Raleigh. In 1885 a new design was adopted and designed by General Johnstone Jones. This design remained unchanged until 1991 when a few minor changes (some commas were removed and slight adjustments to the size) were made.

What do the designs mean on the North Carolina state flag?

The state flag of North Carolina contains two horizontal bars of red and white and a blue vertical bar. On the blue bar is a 5 pointed white star with the initials “N” and “C” in gold lettering on either side of the star with the dates “April 12, 1776” and “May 20, 1775” also in gold letters. The red and white stripes and colors represent the “Stars and Bars” of the first National Flag of the Confederate States of America. The date of April 12, 1776 is the date of the “Halifax Resolves”. The “Halifax Resolves” was the result of a meeting of the Provincial Congress of North Carolina, in the town of Halifax, which called for independence from Great Britain. This call for independence, places North Carolina at the forefront of the American independence movement. The date May 20, 1775 Commemorates the “Mecklenburg Declaration of Independence”. This declaration is claimed to be the first declaration of independence made in the 13 Colonies during the American Revolutionary War. It was said to be made by a committee of patriots in Mecklenburg County, North Carolina who declared independence from Great Britain after hearing about the Battle of Lexington.

Where may I purchase a North Carolina flag?

For a 100% made in the USA North Carolina flag that will last, try “Star Spangled Flags”! Their flags are sewn using triple and quadruple stitching to help prevent fraying and unraveling, and are treated to help resist fading from the bright sunshine. They provide free shipping and a customer satisfaction guarantee.

How do I fly my North Carolina flag with my American flag? 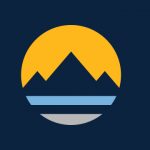 What Is the Flag of Reno, Nevada?