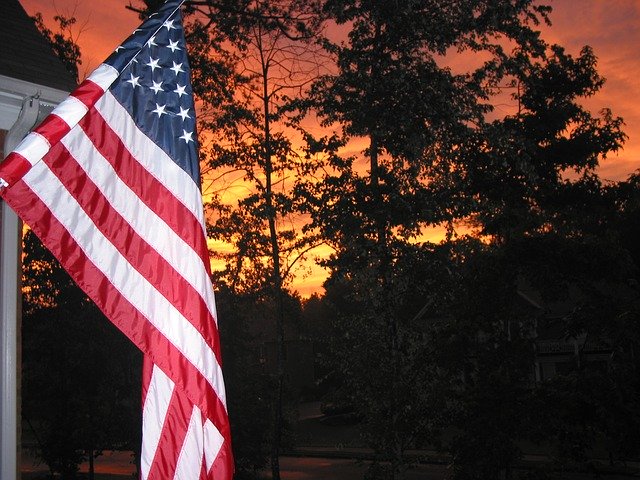 The thought of intentionally burning an American flag may sound unethical. After all, the American flag is a symbol of our nation’s values and everything for which it stands, so it should be treated with the utmost care. There’s even a piece of federal legislation, known as the U.S. Flag Code, stating that the American flag should never touch any person, object or thing below it. While burning the American flag can be considered unethical, there’s an exception: a flag-burning retirement ceremony.

How a Flag-Burning Retirement Ceremony Works

Because they are made of cloth fabrics — cotton, polyester, linen, etc. — American flags can degrade. It typically won’t happen immediately, but if you fly an American flag in front of your home or business for a prolonged period, you can expect it to show some form of wear and tear. Assuming your American flag is just stained or blemished, you might be able to wash it. If washing doesn’t suffice, though, you may want to replace it by burning your old American flag and investing it in a new one, instead.

Flag-burning retirement ceremonies are conducted by individuals as well as organizations. There’s really no universal way to conduct a flag-burning retirement ceremony. Rather, different people and organizations use different approaches. With that said, there are a few things you should know if you’re planning to conduct a flag-burning retirement ceremony. First and foremost, make sure your fire is hot enough to completely incinerate the flag. If it’s not hot, it may simply scorch the exterior while leaving your flag only partially burned. You should also fold the American flag before placing it in the fire. And as you proceed to place the American flag in the fire, show respect by saluting.

Several organizations regularly host flag-burning retirement ceremonies, some of which include the following: