Music video parodies have become increasingly more popular with the growth of social media over the last few years, but arguably no one does these videos better than members of the military. 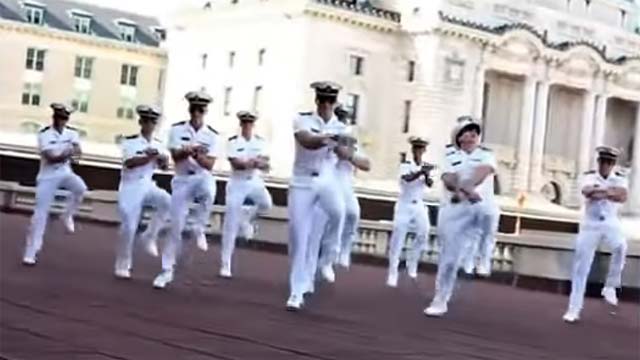 Whether it is imitating the Miami Dolphins cheerleaders “Call Me Maybe” video or any other rendition, members of the military really know how to get down and enjoy themselves even with the incredible amount of pressure they find themselves under each day.

No matter what branch of the military, these soldiers certainly enjoy getting in front of the camera and dancing to a fun song together. One of the funnest parodies we found was this fantastic rendition of the iconic Haddaway song “What Is Love.” With the head banging dance made into a cultural phenomenon in the Will Ferrell and Chris Kattan movie Night at the Roxbury, this video shows tons of soldiers trying to do their best impersonation from the 1998 classic. In terms of more modern hits, this awesome video of U.S. soldiers breaking it down to Lady Gaga’s mega hit song “Telephone” is sure to brighten your day. It’s clear these soldiers haven’t lost their sense of humor in the heat of combat and day to day struggles. From one on one dancing to epic group break downs, these guys still know how to have a great time while deployed. What music video parody would be complete without a cover of the single most viewed video in the history of YouTube? In this awesome production from a group of young naval officers, they do their best Gangnam Style impersonation and put on an absolute show. Step aside Psy, because these military members might give you a run for your money for best dancing to your own song. They clearly have the moves down to make this arguably out favorite video we have come across. The rap classic “Ice Ice Baby” by Vanilla Ice has stood the test of time as an all time favorite which makes it an obvious parody choice for anyone. In one of our favorite renditions though, this group of military police provide us with one of the funnest videos we have seen. From partying on a truck to a group dance party in the courtyard, these guys can do no wrong in this great music video. From the original video to the Jimmy Fallon parodies, the evolution of dance video has been one of the most viewed on YouTube over the last several years. In this great parody from a group of soldiers, they break it down to some of Michael Jackson’s greatest hits and show off their moves in one of the funnest parodies we have seen yet.
LIKE WHAT YOU READ?
Join thousands of others receiving our newsletter. 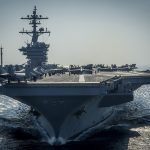