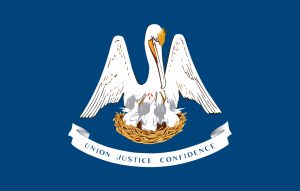 Have you come across the official Louisiana state flag? All 50 states have an official flag — and the Pelican State is no exception. As revealed in the adjacent photo, the Lousiana state flag features an image of a pelican against a blue background. It’s a simple but meaningful design that’s deeply rooted in Louisiana’s history. Below are five fun facts about the Louisiana state flag.

#3) Changed By an Eight-Grader

Lousiana has its own pledge of allegiance. When standing in front of the Lousiana state flag, people will typically speak the state’s pledge of allegiance. It consists of the following: “I pledge allegiance to the flag of the state of Louisiana and to the motto for which it stands: A state, under God, united in purpose and ideals, confident that justice shall prevail for all of those abiding here.” 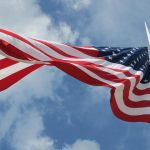