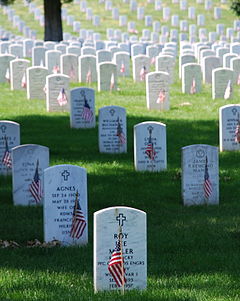 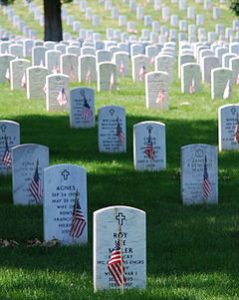 Observed annually on the last Monday in May, Memorial Day is a federal holiday that remembers and honors all of the men and women who’ve lost their lives while serving in the country’s armed forces. Here are some fun facts about this holiday.

Technically, summer doesn’t begin until June 20. However, many Americans view Memorial Day as being the unofficial start of this new season.

Civil War was the Deadliest War

The American Civil War was the country’s deadliest war of all time. Beginning in 1861 and ending just four years later in 1865, more than 620,000 Americans lost their lives while serving — that’s more than the Vietnam War, Korean War, World War I and World War II. It wasn’t just the violent nature of the Civil War that resulted in such a high death rate; military historians believe that roughly half of those deaths were attributed to disease and illness.

Before it was known as Memorial Day, it was called Declaration Day. In the wake of the Civil War, Americans wanted to honor their friends, family and loved ones who had lost their lives serving. This led to the creation of “Tribute Day,” which was later renamed to “Memorial Day.”

The American flag is typically flown at half-staff on Memorial Day as a means of honoring all of the men and women who lost their lives serving. According to Wikipedia, the American flag is raised to the top of the staff and then lowered to a half-staff position. It remains here until noon, at which point it’s raised back to the top of the staff for the rest of the day.

A Time for Pause

At 3:00 PM on Memorial Day, Americans are asked to stop and pause for a moment of silence. This time for pause was actually the idea of former President Bill Clinton, who signed the National Moment of Remembrance Act back in 2000. In addition to regular Americans, companies and major organizations also observe this moment of pause. Major League Baseball teams, for instance, will stop to hold a moment of silence.

Cities and regions throughout the country celebrate Memorial Day by hosting parades. The largest Memorial Day parade, however, takes place in Washington D.C. Each year, more than a quarter of a million people attend the event, many of whom are retired veterans, active servicemen and women, and patriotic Americans. 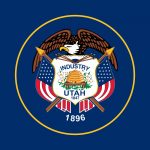 5 Fun Facts About the Flag of Utah 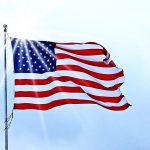