Consisting of 13 stripes and 50 stars, the American flag is synonymous with freedom and independence. As a result, millions of proud Americans choose to display it in front of their home or business. When the American flag isn’t being displayed, however, it should be properly stored. So, what’s the right way to store an American flag?

The U.S. Department of Veterans Affairs (VA) offers a free guide on how to properly fold the American flag. It involves just six steps, at which point your American flag will be folded into the shape of a triangle. Although there are other ways to fold the American flag, this has become the preferred method used in the government as well as the military. 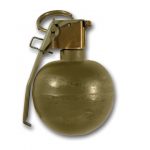 New Grenade Being Developed by US Military 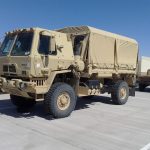