Have you visited your attic lately? If you happen to stumble upon a red, white or blue woven wool marked with Fort McHenry in your attic, this may be a part of the massive 200-year old flag that was raised in Fort Baltimore during a British attack.

This 30 x 42-foot flag was the inspiration for Francis Scott Key’s poem in 1814, which later on became our country’s national anthem.

Caretakers of this huge flag cut it into pieces and gave it away as tokens or keepsakes. These are the pieces being hunted by the Smithsonian Institution.

It was reported that already 20 percent had been lost during the 1880s.

Jennifer Jones, Smithsonian Curator of the National Museum of American History said, “… people felt they wanted to hold a piece of that history.” And it’s due to the extra efforts of the revolutionary-era of keeping souvenirs that kept the flag alive for 200 years.

HOW THE 200-YEAR OLD STAR-SPANGLED BANNER IS BEING PRESERVED

The precious flag is kept in a controlled environment with limited and monitored oxygen, lighting, temperature and humidity to help it last for a very long time. 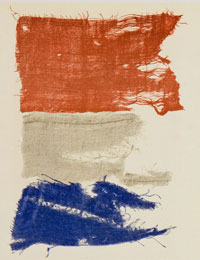 Fort McHenry’s Commander, George Armistead was the one who acquired the flag flown at the garrison. During the time of his death in 1818, his wife came forward and requested that the flag be buried with him. But the record shows the flag was passed down the Armistead family.

Georgina Armistead Appleton, Armistead’s daughter in 1873, lent it to notable historian George Preble to present during his series of lectures in New England.

There are still some pieces that showed up in Minnesota, where another daughter of Armistead decided to settle. Other pieces were donated by historical societies, even the Naval Academy sent a thumb-size piece.

Recently, two families went forward to ask if the flag fragments they possess have historical value. Conservators, with the aid of their equipment, family histories, and documentation, work on authenticating their origin and value.

In 1907, around 17 pieces of the flag have been donated or bought at auctions by the Smithsonian Historical Museum. The last of the pieces recovered was in 2003 but although they have been acquired there are no plans of sewing them back into the original flag because it might only do more damage to the already fragile state of the 200-year old Star-Spangled Banner.

One of the valuable pieces still missing is the 15th cotton star that was cut allegedly in 1873. Suzanne Thomassen-Krauss, chief conservator said, “We’d love to have that back.” And if they do, they are already considering putting that piece back on. Krauss believes that there are more pieces of the flag out there, but people just don’t realize that it’s a piece of lost history. 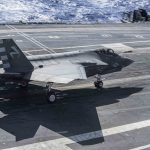 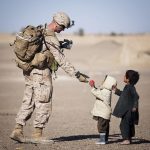