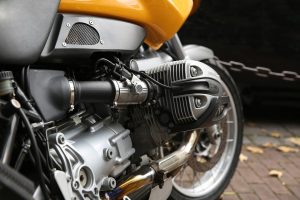 Stealth technology isn’t limited strictly to aircraft and naval vessels. The United States military has announced plans to fund the design for a stealth motorcycle that special forces units could use to infiltrate enemy territory undetected.

Dubbed the “Silent Hawk,” it originated from a Defense Advanced Research Projects Agency (DARPA)-sponsored challenge several years back in which companies were asked to design a stealth vehicle that ground troops could use to quickly and efficiently navigate terrain. After scouring through hundreds of entries, the National Defense Industrial Association displayed two of the selected vehicles, one of which being the Silent Hawk.

So, how exactly does the Silent Hawk work? Well, details regarding its specific technology remain unknown, and rightfully so — the company behind the bike, Logos, doesn’t want to give away its secrets. However, reports indicate that the Silent Hawk weighs just 350 pounds and has a maximum range of 170 miles. In terms of speed, it’s fast although not necessarily the fastest at 80 mph.

The real beauty of the Silent Hawk, however, is its stealth technology. The Silent Hawk has several different modes of operation, including a quite mode that limits its noise production to less than 55 decibels. In comparison, a traditional gas-powered motorcycle emits roughly 90 decibels at 25 feet. That means the Silent Hawk produces nearly half the noise as a standard motorcycle.

The Silent Hawk doesn’t run on gas, however, instead opting for a rechargeable battery. But like all electric motorcycles, it has a limited range. Reports indicate that it can run for roughly 2 hours or 170 miles before needing to be recharged. Some people may view this as a drawback, but in reality it’s actually better than a gas-powered engine. When special forces are on a mission, they probably won’t have access to traditional gas stations and petrol pumps. But the Silent Hawk is technically classified as a hybrid engine, meaning it’s capable of running on electricity or fuel — and not just gasoline, but also kerosene, diesel, jet fuel or any type of flammable and combustible liquid.

What are your thoughts on the Silent Hawk?

US Air Force to Expand By Nearly One-Quarter 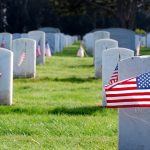 Memorial Day: Why You Should Fly The Flag at Half-Staff