The American flag hasn’t always featured the same arrangement of stars and stripes as it does today. When the Continental Congress adopted the Declaration of Independence in July 1776, the American flag had a red-white-and-blue ensign in the upper-left corner rather than stars. Known as the Continental Colors flag or the Grand Union flag, it was the country’s first official flag. It wasn’t until about a year later when stars were introduced. Who designed the first American flag featuring both stars and stripes exactly?

Origins of the Stars and Stripes Flag

The first American flag featuring both stars and stripes was likely designed by American author and composer Francis Hopkinson. Hopkinson, of course, was one of the original signers of the Declaration of Independence. It’s believed that Hopkinson was asked to design a new version of the American flag sometime in 1777, to which he agreed. Hopkinson took the original American flag and replaced the ensign with an arrangement of stars. The new design featured the same horizontal stripes, but instead of the ensign, it featured an arrangement of 13 white stars against a blue background in the upper-left corner.

Did Betsy Rotsy Design It?

Some people reject the idea that Hopkinson designed the first American flag featuring stars and stripes. Instead, they believe Betsy Ross designed it. Ross, of course, was a professional seamstress and upholster who often created flags. The story goes that Ross was given a sketch of the American flag by George Washington, and this sketch contained stars in the upper-left corner. Critics, however, say there’s no evidence that Ross designed the first American flag with both stars and stripes. There are no accounts of this story in Washington’s journals, and even Ross’s grandson said there are no official records of the story occurring.

Prior to the featuring stars, the American flag had a red-white-and-blue ensign. Stars weren’t introduced to the American flag until 1777. Most historians believe that Hopkinson designed the first American flag with both stars and stripes. There’s evidence showing that Hopskin billed Congress for designing the flag. In comparison, there’s no evidence that Ross designed it. 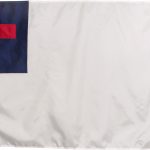 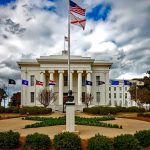