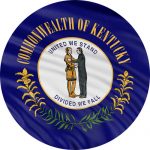 Kentucky, a state where dogs may not molest cars and where wives may not buy their husbands hats without permission. But as funny as these laws may sound the fun just keeps on going for this “Bluegrass State.”

Kentucky is located in the east south central part of the country and touches many states. To its east West Virginia, to its southeast Virginia, to is south Tennessee, to its west Illinois, to its northwest Indiana, and to its north Ohio. Its nickname is grounded to the many bluegrass pastures spread around the state due to its fertile soil. Kentucky is filled with natural attractions and man-made ones perfectly blended into this state.

These Kentucky festivals recognize the Kentucky culture and economy. It used to be the most favored location when it comes to horse breeding, goat farming, beef and cattle production. Today, the state’s economy doesn’t rely solely on its agricultural sector. It’s revenue also expanded to energy fuel production, auto manufacturing, and also medical facilities. More Kentucky Flag questions are .

There’s a lot to be proud of if you’re a Kentuckian. And you should show love and appreciation for the rich history and colorful culture your state has to offer. One of the best ways to show appreciation is to fly a flag during state celebrations and national holidays. If it hasn’t been part of your family tradition, then it’s about time you make it one.

Need a flag to fly during these holidays? Want the prettiest one you can find online? Reach out to us! We have what you’re looking for. Our flags don’t only look nice, but they also work hard. Made from heavyweight 200 denier with double and quadruple interlocking stitch to make sure that your flag will last for a very long time. Contact us today!